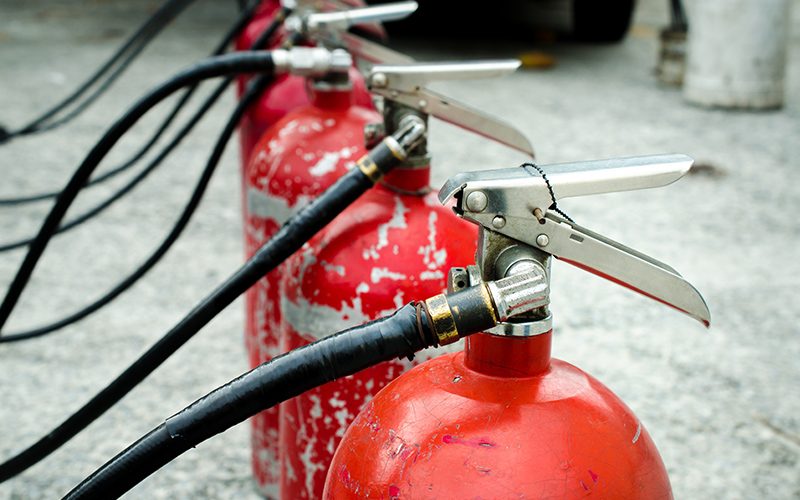 Here is a story we heard from a confined space watch. A worker came suddenly crawling towards the opening and threw a burning binder out of the confined space. It happened really fast and she immediately went to the binder and dumped her bottle of water on it, extinguishing the fire. Many were amazed at her quick thinking; however, she confessed that it when she first saw the binder she panicked. She saw the flames and knew they had to be put out. She had panicked but then remembered the water bottle in her hand.

Had the water bottle not been effective her panic may have become more obvious. She admitted she never thought to grab for a fire extinguisher and realized that she wasn’t even sure where the closest one was. Have you ever gotten so used to something sitting in one spot that you no longer actually notice it? Unfortunately, sometimes fire extinguishers can fall into this category, which is why the right fire extinguisher safety training in Edmonton makes a difference. When you have to be a responder to an emergency you need to have enough training that it over-rides your panic in those emergency situations.

Fire Extinguishers and the P.A.S.S. Method

When using a fire extinguisher, by remembering the acronym PASS, you’ll ensure that you’re handling the extinguisher properly. Always remember to:

Know The Class of Fire Extinguisher

Be Prepared with Extinguisher Safety Training

When it comes to putting out a fire, it isn’t always just as simple as getting the fire extinguisher and using it. At MI Safety, we have a variety of fire extinguisher safety training courses in Edmonton to meet your needs and desired knowledge base, including an online self-study or a live course with a live fire component. Contact us today to find out how our fire extinguisher training can make sure you’re prepared to respond if a fire ever occurs.