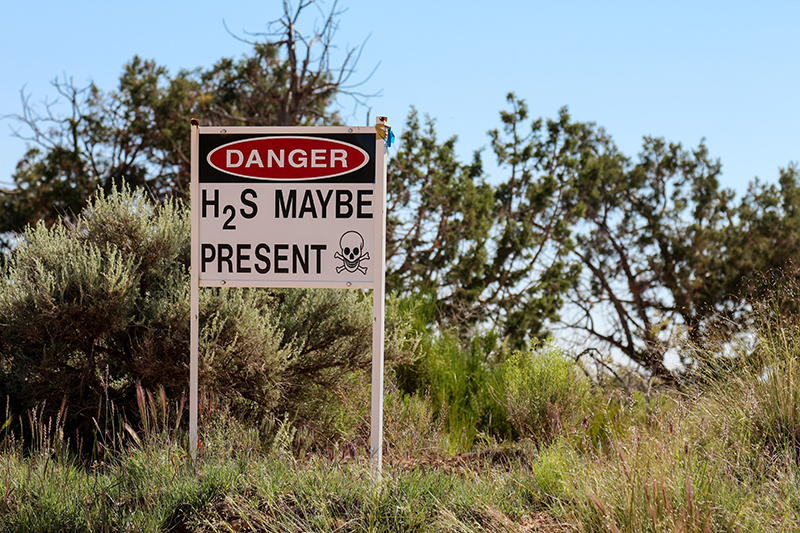 Proper education and training, such as the Enform H2S Alive course, is critical when it comes to preventing H2S exposure, also known as sour gas poisoning. Sour gas is natural gas, associated gas, or any other gas containing high amounts of hydrogen sulfide (H2S). H2S was the cause of nine deaths from 2010 to 2014, and made national headlines after the death of a southeast Saskatchewan oil worker that was linked to the deadly gas.

Exposure to hydrogen sulfide can cause the following symptoms:

An offensive odor is usually the first sign of fugitive emissions containing H2S gas. Fugitive emissions are very small volumes of associated gas released through valves, pipes, connections between pipes, tanks, meters, or any other connection. These emissions could lead to the release of small amounts of methane gas, which may contain hydrogen sulfide.

NIOSH has issued the following guidelines for reducing the risk of fatalities due to H2S exposure:

Enform H2S Alive is an 8-hour course that MI Safety offers, which is standard course for most professions in the oil and gas industry. Certified by Enform, H2S Alive is designed to raise awareness of the hazards of working in an environment that has been exposed to H2S. H2S Alive ensures your workers are equipped with the basic knowledge and skills needed to protect themselves from hydrogen sulfide.

Enroll your employees in the course with MI Safety today by contacting us.